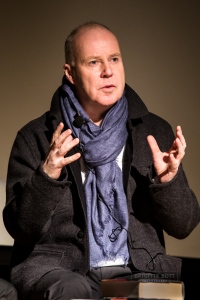 David Yates, the UK’s most successful film director, has agreed to become the Club’s – and Chorleywood Film Festival’s – patron.

Also a writer and producer, David’s directing credits include the BBC ‘s mini series State of Play and Channel 4’s mini series Sex Traffic’ . His films include The Girl in the Café (2005), the last 4 films in the Harry Potter series – starting with Harry Potter and the Order of The Phoenix (2007), The Legend of Tarzan (2016) and Fantastic Beasts and Where To Find Them (2016).  His latest film, Fantastic Beasts: The Crimes of Grindelwald is due to be released in UK cinemas this November.